SERDANG, Feb 1 — After suggesting last week that no more discounts would be given for traffic fines, Transport Minister Anthony Loke today maintained that the “carrot and stick” method remains an effective way to educate drivers on road safety.

Loke gave a clear distinction between his “carrot and stick” approach, pointing out that there should not be any compromise for traffic offences.

“We believe we cannot only use the stick but the carrot as well to entice people (on road safety),” he said at the launch of Petronas Dagangan Berhad’s (PDB) annual Coffee Break road safety campaign at the Petronas Solaris Putra station here.

“Of course, in the last few days, the focus was on my stance to not give discounts on (traffic) summonses. Of course, some people are happy, some used that to whack me, and even the former prime minister has given attention to that.

“But when we talk about carrot and stick, our message must be very clear to the public that if you don’t follow road rules and regulations, you will be penalised,” he said.

Another initiative that Loke intends to implement is rewarding disciplined drivers with discounted vehicle insurance.

He said he has talked to the Malaysian Automotive Insurance Association (PIAM) and is currently waiting for their input on the matter.

“We are waiting for them to come out with the mechanism on how to give the incentives and discounts to premium holders who do not have any outstanding summons with the authorities.

“We hope that we can at least roll this mechanism out by this year,” he said.

Despite the reduction, Loke said the ministry is constantly looking at ways to reduce traffic-related deaths.

To promote better road safety during Chinese New Year, PDB’s campaign was launched alongside the National Safest Driver Challenge carried out in collaboration with PLUS Highway, Touch ‘n’ Go and Katsana, a company that manages GPS tracking and fleet management systems.

The Challenge is conducted via DriveMark, a safety mobile application which keeps track of driving behaviour and rewards safe driving actions with positive scores and vice-versa. Most Prestigious Race Events, Ever

Need to pump a quick adrenalin this weekend and watch car race? We got your back 😉 Claim your FREE tickets to Asia GT Festival at Sepang International Circuit this... 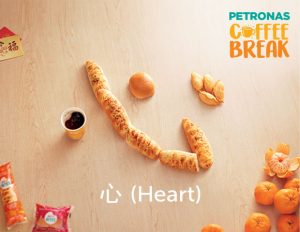 Travel Safe and Be Rewarded with Petronas Coffee Break In Malaysia, claiming & replacing damaged car windscreen/windshield from your car insurer is easy-peasy 😉. You do not have to worry about complicated process to replace the cracked/broken windscreen. Simply...